After use, hand wash with warm water and mild detergent then hand wipe dry immediately with clean cloth.

We do not recommend the use of vegetable or mineral oils to recondition your wood product, as they contain ingredients that may create a culture for bacteria to grow.

Please do not soak in water.

Do not put in the dishwasher, microwave, or oven.

Do not allow fruit to decay in the bowl.

Enjoy your Woodland Bowl for years to come!

Back in the mid 1980s, my father-in-law purchased over 200 acres of untouched rolling hills, nestled between the Ohio and Mississippi Rivers in southern Illinois directly adjacent to the Shawnee National Forrest. His plan was to host his 6 children, their families and friends for weekends throughout the year to gather around the fire pit and build memories. His little grandchildren grew up to bring their friends and new families to experience ‘The Farm’.

Next to the outhouse was a crude wooden structure originally built in the mid 19th century that we lovingly called the ‘cabin’. We used the cabin to keep out of the rain, sleep, store water and food supplies. I might also add that you could see through the walls to the outdoors and at night could hear the uninvited critters running and chewing. The grandchildren loved playing in the ‘cabin’.

Behind the ‘cabin’ was an old maple tree which lost a limb. I seized on the idea to take the fallen log back to my Chicago home and turn heirloom bowls for the next generation of family members. My ambition got the better of me as there were 15 grandchildren and only a 4 foot log. Once I started to turn the wood on the lathe, I realized, like many fallen limbs, it was rotting. I would not, could not give anyone a punky bowl. But I was enjoying turning the wood so continued til there was nothing left of the log. 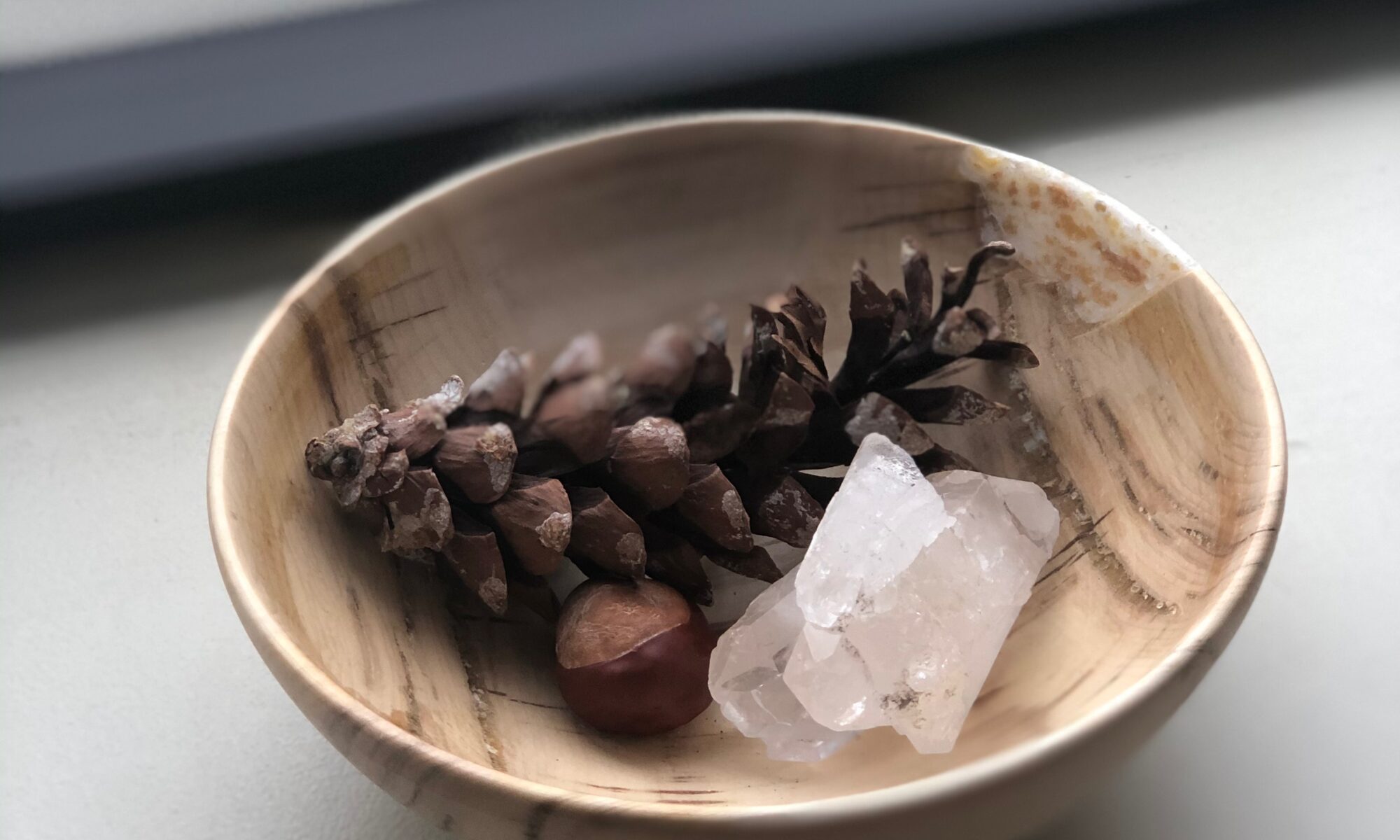 Woodland Bowl Company is honored to supply the wooden bowls that come in contact with each student at Spark Montessori school in Chicago. Spark Montessori, a 2017 start up was eager to use our bowls in the classrooms . They’ve successfully created an environment that supports and fosters the natural spark that exists within all children so they can work to achieve their own unique potential.

Incorporating the Spark Montessori logo was a snap. We used their logo button submerged in clear resin on the bottom of each bowl.

To learn more about Spark Montessori go to www.sparkmontessori.org.